Ganesh Utsav is celebrated on the Chaturthi of Shukla Paksha in Bhadra month (August and September). This festival is celebrated as the birthday of Shri Ganesh. ... On the day of Ganesh Chaturthi, people install the idol of Lord Ganesha in their homes and temples. The worship of Lord Ganesha consists of red sandalwood, camphor, coconut, jaggery and his favorite modak. 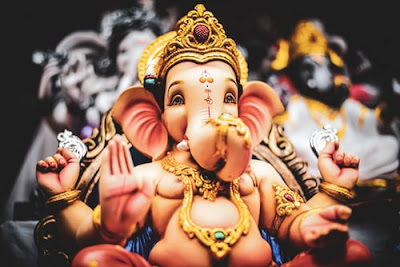 Why Ganesh Chaturthi Festival Is Celebrated

At the beginning of Shristi, when the question arose as to who should be considered as the first worshiper, then the deity approached Lord Shiva. In this way, all the gods started sitting in their respective vehicles to revolve around the earth.

Chuka Ganesh is the vehicle of Lord Ratha and his body is gross, then how could Lord Ganesha be able to revolve, then Lord Ganesha with his wisdom and cleverness completed three revolutions of his father Lord Shiva and mother Parvati and stood with folded hands.
Then Lord Shiva said that there is no one in the whole world who is bigger and wiser than you. By doing three revolutions of mother and father, you have completed the revision of the three locos and you have got its merits which are bigger than the revolutions of the earth. 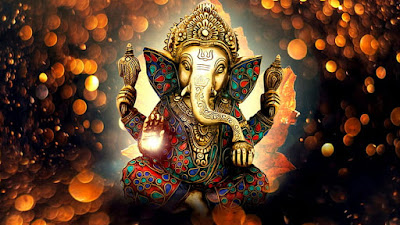 Therefore, a person who will worship you before starting any work will not have to face any kind of difficulties.

Just then, Lord Ganesha became revered and worshiped before all the Gods and Goddesses and then after worshiping Lord Ganesha, all the other gods are worshiped.


Story behind the tradition of Ganesh Visarjan

Ganeshotsav was organized by Shri Bal Gangadhar Tilak today to unite the Indians against the British more than 100 years ago, which is slowly being celebrated all over the country.

According to religious texts, Shri Ved Vyas had recited Mahabharata Katha from Ganesh Chaturthi to Shri Ganesh for 10 consecutive days, which was written by Shri Ganesha literally. After 10 days, when Ved Vyas ji opened his eyes, he found that after 10 days of tireless hard work, Ganesha's temperature has become very high. Immediately Ved Vyas Ji took Ganesha to a nearby lake and cooled it. That is why they are cooled on Chaturdashi after installing Ganesha. 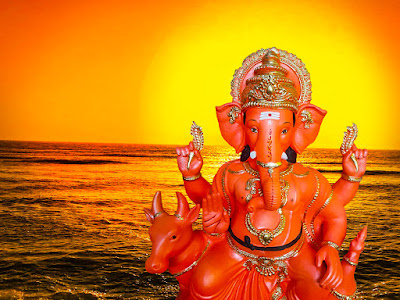 It is also mentioned in the same story that the temperature of Shri Ganapati ji's body does not rise, so Ved Vyas ji applied a pestilenty soil on his body. Ganesha's body got stiff after drying this paste. Mati also started fountains. Then took them to a cold lake and lowered them into the water. Meanwhile, Ved Vyas ji offered favorite food to Shri Ganesha for 10 days, since then symbolically the installation and immersion of Shri Ganesh idol is done and it is customary for him to offer delicious food for 10 days 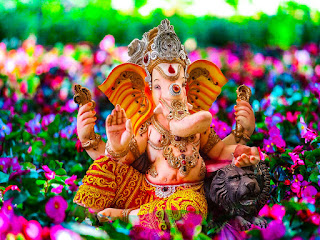